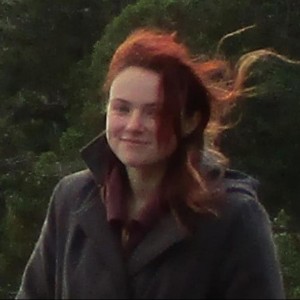 As I listened to episode twenty of Rian Bevan’s podcast Riancarnation, nodding along to the ideas about the interconnected collective, I began to feel present in a conversation I never had. Podcasts, even when lacking the bright visuals of a screen, contain the same satisfaction as a gripping novel. They force the brain to move, visualize, and puzzle together language. Rian Bevan, the co-founder of the Vancouver-based organization Here2Help Community and host of the Riancarnation podcast, discovered this appeal while working in a repetitive position at a diaper factory.

“This was my first job back after a back injury where I couldn’t go to school or work for about a year and a half. I couldn’t walk for two and a half months,” he said in an interview. “I figured I should be learning about the things I’m interested in since I wasn’t in school. So, I started downloading podcasts.” Rian found that podcasts allowed him to feel as though he was there with the host, that he could “totally absorb what was being said” and “almost visualize the neuronal pathways firing”.

Riancarnation came after Rian’s original podcast “Shifting the Paradigm”, which explored similar topics but maintained a more regimented structure. “I had such an aggressive, grandiose idea of what Shifting the Paradigm should look like,” Rian said. “It had a perfectionist feel to it and it made me resistant to releasing episodes”. Instead, Riancarnation follows a more natural flow, progressing with instinctive turns in the conversation.

The podcast generally examines the concept that the change in an individual’s consciousness impacts the collective consciousness. It’s “about shifting our individual consciousness and how that affects the collective. So rather than being about reincarnation from past lives, it’s about actually coming fully into yourself, and the methods/stories/practices of those who are working on it.” Many of these collective shifts occur through communication and Rian concentrates on the subtle events that arise when two people meet. Topics range from somatic experiencing to psychedelics but naturally maintain a discussion about the collective network. Rian hopes that the conversational method of Riancarnation will trigger listeners to recognize the unlying signals in a discussion and develop somatic understanding.

“One of the reasons I even wanted a podcast is the excuse to have interesting conversations with people I wouldn’t have the ability to talk to anyway,” said Rian. Some guests he has crossed paths with for a long time, others he discovers through discord communities. Rian reveals that he doesn’t necessarily strive to have big names on the show and that there is value in talking with new names as well. Although Rian is inspired by conversational podcasts like Future Fossils and Weird Studies, Riancarnation approaches unexplored topics with an open perspective.

Unlike other media and interviews which often dip into heated opinions and limited topics, the podcast keeps a calm, meditative pace that allows information to stick. “I think human beings have such a visual bias,” said Rian. “We get totally stuck in our phones and computers, when we actually process better with audio information.” Audio information is more interactive than visual entertainment, it allows you to move your mind and your body rather than staying fixed in a single position.

Another important subject Rian visited in our interview was the subject of hyper objects. “Hyper objects are too big for humans to conceptualize and understand yet they see the symptoms of these objects,” Rian said. “For example, we see the symptoms of climate change but we don’t see climate change as a whole.” Riancarnation fearlessly approaches the idea of hyperobjects and egregores, and encourages “mental sovereignty so [people] can view the stakes and the situation we are in”. From a safe space, listeners can consider their own actions and their impact on the collective. Riancarnation truly embodies the process of dying daily, “letting go of what you thought you were yesterday, or a minute ago” and opening yourself to unfamiliar perspectives.

For a deeper dive into these ideas around human fruition, psychedelics as tools for personal and collective shifts, and things much bigger than ourselves, find Riancarnation on Spotify, Apple Podcasts, or on the web at https://riancarnation.libsyn.com/.