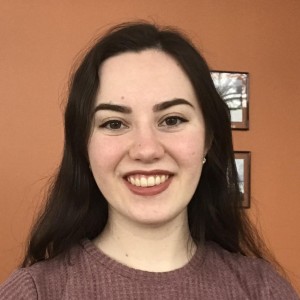 June is Indigenous History Month in Canada, and part of supporting Indigenous communities is self-education. But sometimes, figuring out where to start can be quite overwhelming. Well, fear not! I’ve put together a small list of different educational resources so you can continue (or start!) being a supportive ally.

A Recognition of Being: Reconstructing Native Womanhood by Kim Anderson. In this book, Anderson writes critical essays on the history of Indigenous womanhood, and traces how negative female stereotypes emerged due to colonization. Her interviews with Indigenous women provide real life experience on how Indigenous women today work to reclaim their selves in powerful and positive ways.

Indigenous Writes: A Guide to First Nations, Métis & Inuit Issues in Canada by Chelsea Vowel. This is a fabulous introductory book to the current issues Indigenous communities face. It really gets the reader thinking on how they can help support these communities. Vowel touches on subjects of terminology, culture and identity, busting popular myths, state violence, and learning about land, law, and treaties. She writes with a strong, personable voice that pulls readers in and keeps them engaged.

Colonization Road (2016) is a documentary hosted by Anishinaabe comedian Ryan McMahon as he explores how the road systems in Canada have deprived Indigenous peoples of their land while creating space for settlers. He speaks with historians, settler and Indigenous lawyers, and researchers and policy makers. These conversations provide context as well as solutions, while also outlining the impact of this system.

The Road Forward (2017) by Marie Clements, a Métis director, performer, and writer, is a powerful musical documentary. It looks at and connects the Indigenous Nationalism movement that occurred in the 1930s to current activism today.

Yes, that’s right! Free! The University of Alberta has a 12-week course that introduces students to subjects such as land claims and environmental impacts, legal systems and rights, Indigenous political activism, contemporary Indigenous life and art, and more. This course is designed specifically for beginners and is delivered completely online.

Educating yourself is an important step in supporting Indigenous communities, but another very important step is to support Indigenous artists! There are tons of Indigenous music artists, such as A Tribe Called Red, The Halluci Nation, and Black Bear. (And if you like these bands, you should check out the 2017 docufilm Rumble). Canada has many Indigenous authors, including Annharte (poet), Thomas King (novelist and short stories), Katherena Vermette (novelist), and Lee Maracle (essayist and poet).

Nowadays with the Internet, it’s so easy to search for Indigenous artists, authors, documentaries, and essays. Other things you can do is find out whose land you live on and become familiar with the Truth and Reconciliation Act. June is a great time to begin your support and activism, but remember, allyship happens year round; it doesn’t stop after June.