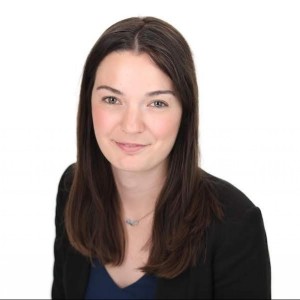 The Cognitive Benefits of Language Learning

In an increasingly globalized world, the benefits of an additional language are clearer than ever before. As well as giving you an edge in the job market, speaking another language can help open up a world of travel, cultural experience and human connection.

But a lesser-known benefit of language learning hits us even closer to home – inside our own heads! Multilingualism has a massive impact on our psyche, our brains and our personalities. As it turns out, evidence suggests that language learning can in fact give us stronger and more resilient brains, as well as enhanced intellectual and social abilities.

So how exactly does this process work? Join us as we unpack a few of these happy side-effects, and dive into some of the ways that learning a language can help boost your brain!

Executive function describes the set of skills in the brain that allow us to direct our attention, set goals and plan. We can think of these as our “management skills”, the toolbox that we break out when we need to get things done. It includes things like memory, regulating emotions, and keeping track of tasks. Several studies show that the areas of the brain responsible for these tasks actually undergo a structural change as a result of multilingualism.

To explain this, we’ll have to get a little technical. Our brains contain two types of tissue, called grey matter and white matter. Grey matteris what processes information in the brain. It contains neurons (that is, the cells usually called “brain cells”) and glial cells, which are the support cells for the nervous system. (“Glia” means “glue” in Greek, so we can think of these cells as being the glue that holds the nervous system together). White matter is made of the nerve fibres. In the most general sense, the grey matter of the brain facilitates information processing, and the white matter facilitates information transfer.

In general, the more dense the grey matter, the healthier the brain. This is because it indicates that more neurons, or brain cells, exist. That means there are more cells available to carry out this information processing.

Several studies show that multilingual experience actually increases the density of grey matter in the brain! What’s more, grey matter density is positively correlated with proficiency in a second language and negatively correlated with the age of acquisition of said language. So, the longer you use a language and the better at it you become, the more it can potentially boost your brain health! As well as giving you more neurons to play with, multilingualism also promotes the integrity of white matter as you age. It strengthens the connections between your neurons so that they can benefit from optimal communication.

So what are the tangible results of this greater brain health? Well,  grey matter density tends to decline with age, so researchers have become interested in how  grey matter gets preserved in bilinguals vs. monolinguals. Two studies conducted in 2014 and 2015 showed a markedly better preservation of grey matter in older bilingual adults when compared with monolinguals. There was also a decline of grey matter associated with age that was present for monolinguals but absent in bilinguals. These differences were noticed in an area of the brain called the anterior temporal lobe (ATL), which is thought to be critical for semantic memory–our knowledge of objects, people, words, and facts.

Because these areas of the brain are associated with memory, this could have an impact on the onset of  disorders such as dementia and Alzheimer’s. In fact, a landmark 2007 study concluded that individuals who use two languages throughout their lives tended to be diagnosed with dementia 4 years later than monolinguals!

Another key role of our executive function is focus. It helps us to ignore irrelevant information and stay focused on what we deem important.

The enhanced ability of a multilingual person to hold their focus proves a logical one. When a bilingual person communicates, they access and apply their language knowledge as we all do. But, they also have to  ignore the interference of their second language, so that they don’t accidentally say a word or phrase in the wrong language. This management of the interference between languages is carried out by the same area of the brain that helps us complete a task while ignoring distractions. Flexing these cognitive muscles more often, as a multilingual person tends to do, can help develop valuable muscle memory. This can then be reapplied to different areas of life – such as listening to something in a noisy environment, or remaining calm and on-task in a high stress situation.

Another offshoot of having powerful executive function is increased creativity. Our  creative mind is heavily dependent on the strength of our cognitive functions, so as these improve, a higher level of creativity naturally follows.

Creativity can be difficult to quantify, but researchers tend to equate it with something called “divergent thinking”. Divergent thinking is your mind’s ability to generate creative ideas by exploring many possible solutions to a given problem. The word “divergent” means to develop in different directions- I like to imagine divergent thinking as a tiny mechanic tweaking the nuts and bolts in my brain to open it up in various directions!

With each new language we learn, comes many obstacles which require creative solutions. We are constantly negotiating with new rules and structures that don’t fit into the neat jigsaw of our native tongue. For example, in many Latin languages, such as Portuguese and Spanish, there are two verbs for the verb “to be”. One  is used for permanent states and another for more temporary states. Turkish has no equivalents for the English verb “to be” at all, and instead uses a personal suffix attached to nouns or adjectives. A concept like this will initially be completely alien to an English speaker. English itself was actually found to be one of the world’s weirdest languages – with it’s 44 different phonemes (or speech sounds), its spelling is devilishly complicated!

As your mind confronts these obstacles and begins the hunt for possible solutions, it is engaging in a powerful form of divergent thinking, further driving your creativity.

A 2012 study conducted at the University of Mashhad in Iran concluded that learning a foreign language  significantly enhances all four divergent thinking abilities –  that is, fluency, elaboration, originality and flexibility.

This one makes sense. It is often said that before you judge someone, try walking a mile in their shoes. Well, what about spending a day with their words?

Speakers of multiple languages are generally thought to possess multiple points of view, and a more global mindset. A quote from Charlamagne reads, “to have a second language is to possess a second soul”. It’s true that many linguists report feeling like another person when they speak a second language. This is less to do with the words themselves but more the personal or social associations attached to each one. Personally, when I speak Spanish, I am reminded of my time living there, when social interactions involved cheap beer and delicious bites of seafood, when meals were long and slow and nights were late and stretched into early mornings. I recognize in the language innate sense of family, togetherness, and a love of partying. And, when I speak it, I feel closely attached to these aspects of Spanish culture. Learning a language becomes much more than learning the words themselves. It gives us access to an extra perspective, and an increased cultural understanding.

This theory that multilingualism impacts empathy was tested by researchers at the University of Chicago in 2015. They got an adult to ask groups of children aged 4 to 6 – bilingual children and monolingual children- to move objects blocked from the adult’s point of view. The children could see a range of differently-sized toy cars, including a small one that the adult couldn’t see. When the adult said, “I see a small car,” and asked the child to move it, the bilingual children moved the medium-sized car — that is, the smallest car that the adult could see — three out of four times. Their monolingual counterparts did so only half the time. It seems that the children who had been exposed to other languages were considering the adults point of view, suggesting that they were better able to understand a different perspective from their own. Fascinating, right?

At Here2Help, we are all about making better connections. Enhanced perspective, greater empathy, and creativity are all essential building blocks we can use to  construct more united communities. Just think what a difference teaching or learning a new language could mean for you, even in your own neighbourhood! The list of benefits is diverse and endless, and goes way beyond those listed here. So, what are you waiting for?

Ciao for now, and happy learning!

Here2Help is a community tech organization focused on innovative solutions to ensure the growth of resilient communities generations into the future. Are you a community-minded individual interested in sharing your skills to help empower your community? We would love to hear from you to collaborate! Contact us if you’re interested in working with us or hosting a workshop on the Here2Help platform.

We are a registered not-for-profit run entirely through volunteer support. Any contribution goes a long way in helping us reach our goal of  healing communities from within.

Visit our Donate page to learn more about how your contribution can make a real difference.Did you enjoy this article? Share it on social media to help us make a collective impact!